The Wall That Heals in Paducah 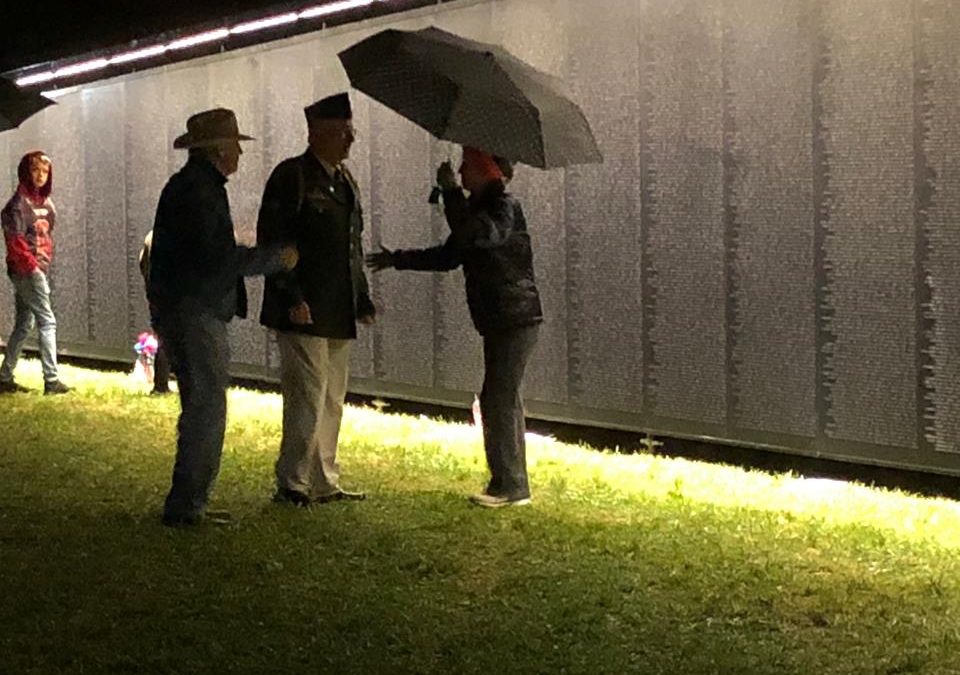 As many of you know, I was privileged to be part of the team that organized The Wall That Heals (a three-quarter replica of the Vietnam War Memorial) event at Carson Park in Paducah last week (October 25-28 2018). I joined the effort at Milner & Orr in May. The team had already been working for six months at that point.

During my time helping, we reached out to the community for financial support, donations of food for “Honor Hall” –a rest area for veterans and their families–and countless other needs both small and large.

Across the board, the answer was YES.

Your Mayor and Judge Executive pitched in. City and County governments worked cooperatively. Kentucky State Police, Paducah Fire Department, McCracken County Emergency Management cooperated with all the counties between Paducah and Princeton for the large escorted arrival. Thousands lined Highway 62, waving flags and cheering. Both utility companies hoisted flags as did others from other counties. Schools dismissed students so they could see The Wall arrive and show respect for our veterans.

Though we thought we had amassed an adequate amount of food for Honor Hall, it wasn’t enough. So many visited, that we began to run short. That’s when additional donations, somehow, began arriving. Restaurants and kitchens, hearing of the need, delivered more food. Quickly, that need was completely met.

Three hundred citizens volunteered to staff The Wall. Many were veterans themselves. They worked as greeters at the welcome tents, as guides, as runners picking up the many who were elderly and driving them closer to The Wall. The use of those golf carts, by the way, was donated by churches and private citizens. Again, anyone we asked? Said YES.

Twenty-three thousand people visited The Wall. Many volunteers stayed beyond their scheduled shifts (and many had volunteered for multiple shifts). Many were there to help every single day. We listened to the stories of soldiers who needed to talk, we cried with them. We cried with families who’d lost loved ones to the War. It was cathartic. It was gut-wrenching. It was like nothing I’ve ever seen or experienced before in my life or probably ever will again.

The searing pain from The Vietnam War, breathtaking in its severity but so often invisible—especially to young people—was witnessed and reckoned with for four days. The power of recognizing and acknowledging that pain was an extraordinary thing to witness. The healing that often came from it was palpable.

Though as many came to The Wall as there are almost citizens in the entire City of Paducah, there were no security issues. There was no “left” or “right”. No division based on color or creed or lifestyle. There were just people in touch with their humanity hoping to help right a wrong, who needed to remember or to learn, and a shared understanding that tribute was due. Was, in fact, way overdue.

Join me in taking heart in this. Because this is the Paducah I know and that I have experienced for years.

We are better than our differences. We don’t have to agree on everything to love, care for and respect each other.

And I know that for sure.